There are a couple of chapter pairs in this volume that have more direct continuity than normal, and I'm going to try to release them together when possible. In any case, we see the power levels of the village reconfirmed, if not tested, and Asari gets to poke some fun at things like shouting the name of one's attack.

The three new characters’ names could have been rendered “La”, “Li”, and “Lu” if I wanted to follow the example of Metal Gear Solid - they're the same bits of the Japanese alphabet. There's a possibility that their name is a reference to the verb “rariru”, meaning “to lose focus/space out”, but I'd guess that what the audience is supposed to get is the meaningless sing-song nature. 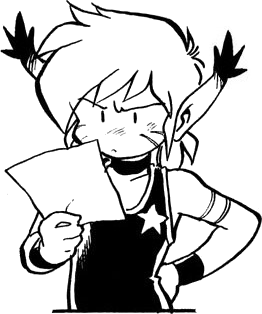