As the length of a manga increases, the probability of a tournament approaches one, although this isn't exactly the classic formula. Amusingly, I don't want to say much more than the contents even though the thing which might be considered a spoiler is present in the very title of the first chapter because, as the first chapter of a volume, the table of contents is technically something that's part of the release. There are some nice cover illustrations, though.

There are some speech bubbles I've left untranslated because, honestly, I can't read them at all. If there's a deep cut reference buried in them, I'm afraid I missed it. 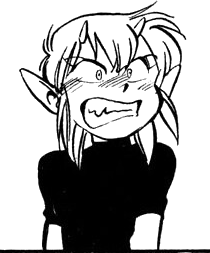