Corona entertains company, and the rest of the village does some other stuff, I guess. This chapter feels as if it should have come directly after 106, but the numbers prevented it from being a double release.

Regrettably, I'm not entirely sure what the title page page is referencing. “Anaheim” is, of course, the name of the arms manufacturer in Gundam's Universal Century setting, and also a city in California. The natives’ dialogue at the bottom references a park and an aircraft model used by the JSDF. My guess would be that this was a reference to some sort of controversy of public funds, but I haven't been able to find anything to confirm it. 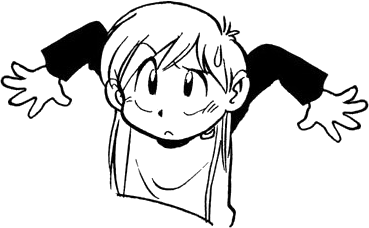