The family does something completely normal, but things get complicated, as is usual.

On page 142 (file 144), Densuke is reading something called “Manga New Youth”. There's a Chinese magazine called 新靑年, “New Youth”, but the reference appears to be to the Japanese “New Youth” (especially with the cover being an abstract style-ish portrait) which used the same characters. I don't believe it was ever a manga magazine, so that's probably part of the joke. From what I can tell, that magazine went defunct in 1950, so the stash Densuke found was old indeed. 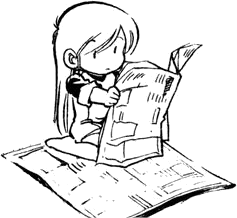