The sheer size of the cast is starting to take a toll on some, and poor Tah bears the brunt of it as always. Oh well, he knew what he signed up for.

This is another chapter named after an Italian film, this time Conversation Piece. I guess Asari must have been into European films at the time.

There's another wall scroll that's probably a pun here: まんせる. It looks like one side is Munsell, but I'm not sure what conventional calligraphy it could be referencing. 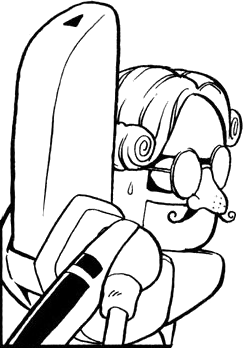