The NHK drama that gives this chapter its name is this one (japanese). Apparently it's a show about a Japanese family that emigrated to Hawaii and became embroiled in WWII. According to the internet, it seems to have been well-regarded.

This chapter also features the second use of a term “Air Beast”, 空気獣 (the first is on the title page for chapter 54). It seems to be a relatively uncommon term, but not completely unheard-of: there was an episode of the 1970 anime Doubutsu Mura Monogatari about these creatures, for example. The earliest reference I can find comes from the late 19th century in the the Miyazawa Kenji story “祭の晩”, which was translated by John Bester as “Night of the Festival”. It describes an “Air Beast” as a name given to a carnival attraction, which fits with this chapter. From that translation, a description: 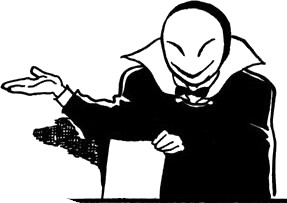