The new character here is based on the long-running, heart-warming comedy film series 男はつらいよ, “It's tough being a man”. The protagonist of that series is a vagabond salesman named Tora (Tiger) who is always unlucky in love. This specific chapter title comes from the name of the third movie: the “mad” usually describes a madman wanderer more than a bloodthirsty beast. Asari's Tora is a lot less loveable than the film's, however, so I think the use of “mad” carries the appropriate multiple meanings.

Speaking of names, the guy with the eyebrows doesn't get named, and it doesn't look like he ever will be. He's occasionally referred to as サブ, a transliteration of “sub[ordinate]”. Also, the term “many-jewelled pagoda” is consistently censored towards the end of the chapter; I'm not sure why. 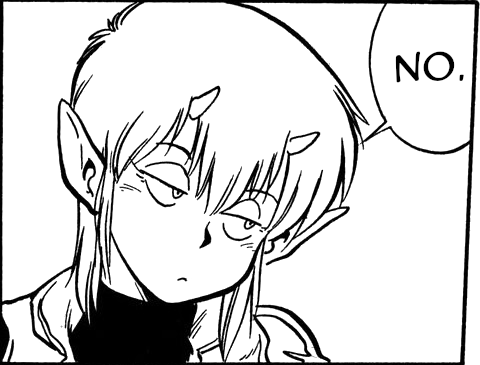